I Can’t Do This Anymore. No More Debt!

(This is a transcript of the 9 minute video above).

Hey everyone, good morning from New Zealand, it's a beautiful but windy day here in Wellington – which it usually is like that.

I'm just dropping in today to talk to you about a bit of a realisation that I've had that has become really hard to ignore. That realisation might change things around here at The Leveraged Mama.

But I think it's for the best because you know, authentically I need to… I need to show up as myself, and my blog The Leveraged Mama has been around for about 18 months.

I talk a lot about motherhood friendly income, creating extra income streams, getting out of debt, which is great right and a lot of you are probably here because you downloaded my debt reduction cheat sheet – which is epic by the way…

But, the realisation I have come to recently is that all this talk about debt on my blog is just… it's not aligned with who I am.

Because if you have been following me for a while or you know me in person, you'll know that I'm a really positive person –
sometimes annoyingly so! I believe strongly in what you focus on you get more of, what you spend your time thinking about is going to manifest itself in your life.

What you focus on, you get more of. What you spend your time thinking about is going to manifest itself in your life.

So… here I have been on a debt free journey, talking nonstop about debt! Hmm. It doesn't really gel right? At all.

So the realization that I've come to, is that I am talking about the wrong stuff. I actually personally,
in my personal life - I don't focus on debt. I don't talk about it. I HATE talking about it actually. I hate talking about owing money, I like talking about making money, growing money but I don't… you know, if you chat to me I'll be talking about positive stuff, about the things I'm doing to make a difference in my life, and my family's life. About all the good stuff that's happening.

So I'm not going to talk about debt anymore on this blog - probably not online actually at all. And this might not go down so well with some of you, I know that, because of the fact that you might be here because I am you know trying to help you get out of debt.

But the direction that I am going to go on I think you'll probably like anyway, and if you don't, then hey we're not aligned and that's okay scroll on by!

There are so many blogs out there and websites that focus on debt repayment, getting out of debt, the debt free journey - there are so many. I'm not going to be one of them anymore.

And you might be wondering how this is going to change things - what am I going to talk about?

Well, I am now going to be much more heavily focused on abundance and wealth creation so rather than "hey here are some nifty ways that you can spend less" or "pay off your debt faster", I'll be talking more about, you know, the mindset that it takes to create wealth.

The value I can add for you is how to get you into the right headspace for creating wealth, creating financial freedom, and from the perspective of a mum (or mom).

I don't want anyone to think that they're not in a position to change their financial outlook or improve their financial situation because they're a mother, or parent on a reduced income, or a one income family - because it's not true. It is not true. I'm in a better position now than I have ever been, and I don't have a steady job! We're on one income here, making lots of sacrifices while I build this business - but that's okay.

So I mean my word of the year okay I think I put it on my Instagram last year is 'abundance' and that's not debt. Debt isn't abundance, debt's like the opposite of abundance. So what do you think? Do you think this is a positive move? I'm actually working on something at the moment, it's a course (or a coaching program) along the very lines of what I'm talking about right now - it's of abundance, and creating the right mindset to create wealth, to generate income, to create financial freedom in motherhood.

So I'm actually super, super excited about it because I've been writing courses for the last year - because I want to I want to help you practically, like actually help you do the things that I've done to change my financial situation around completely, and improve it so much.

And you know, I've toyed with different topics - like, "Escape Debt Forever" was a program that I started writing and I really believed in that at the time. It was all reframing our our perspective of debt, to make it not so acceptable for starters, and see why we're doing this to ourselves in the first place.

And I believe - I still believe - in getting out of debt, absolutely, I think it's a really important first step if you want to find financial freedom. If you want to grow your wealth then you need to get out of debt, especially consumer debt, any high interest debt.

So yup that's cool but that program probably won't ever see the light of day.

What will come at out, what I am working on now which I can't quite socialise right now, because I haven't quite decided on the name and the approach - but it is fricken epic. It's basically all of the stuff that I've done to change my situation and I'm sharing it with you. It's a LOT practical, and a LOT magic. That's all I can say for now.

So, more about that later but I'd love to know what you think about this new direction.

Does it excite you that you know you come to my blog and you'll find more stuff about creating wealth, generating wealth, growing wealth and creating abundance and financial freedom?

My focus is going to be solely on that.

Or does it disappoint you that I'm not going to be writing about how to get out of debt faster. I would love to hear your thoughts on that, because that's how we're gonna roll around here now.

Which is just, I don't know, it makes me feel really excited about the future direction of my blog - because I talk about this stuff all the time in my personal life, I think about it a lot - all the time, so it only makes sense that I'm gonna write about it - I'd love to know what you think and let me know.

It's okay to leave if I'm not… if the new me - the 2019 Leveraged Mama is not aligned with what you want right now.

Stick around if you want more abundance in your life! 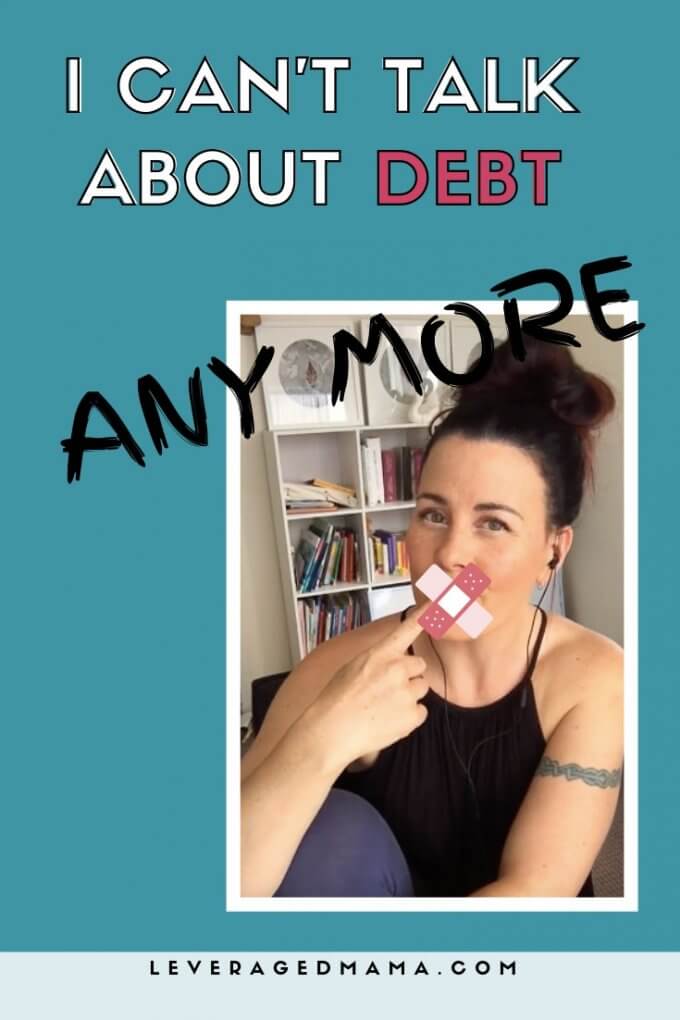 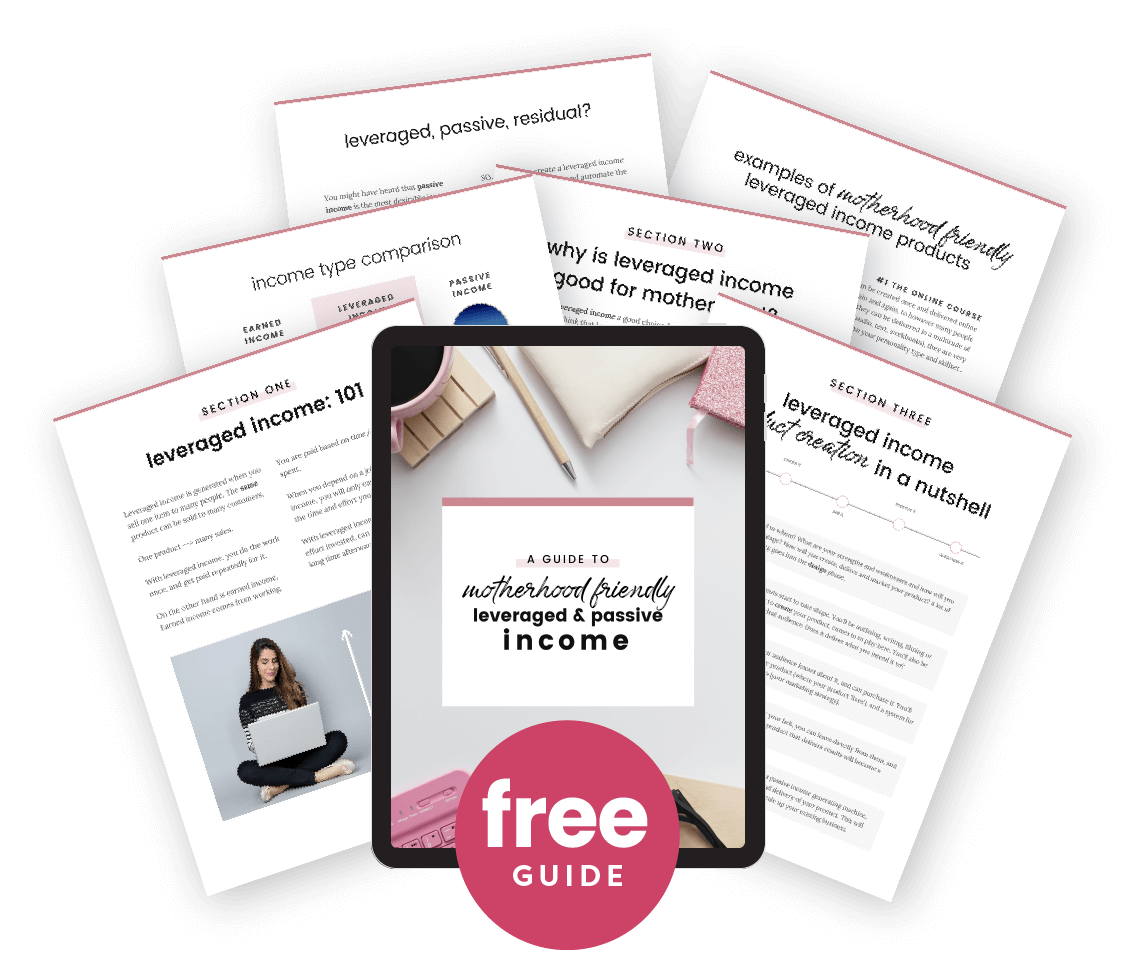