Home-Based Business Ideas For Mamas In 2021

What Is An Abundance Mindset And Why Does It Matter?

What Is Leveraged Income And Why Is It Perfect For Motherhood?

How To Get Out Of Debt On A Low Income

And what if you're on a debt free journey? How do you get out of debt on a low income? 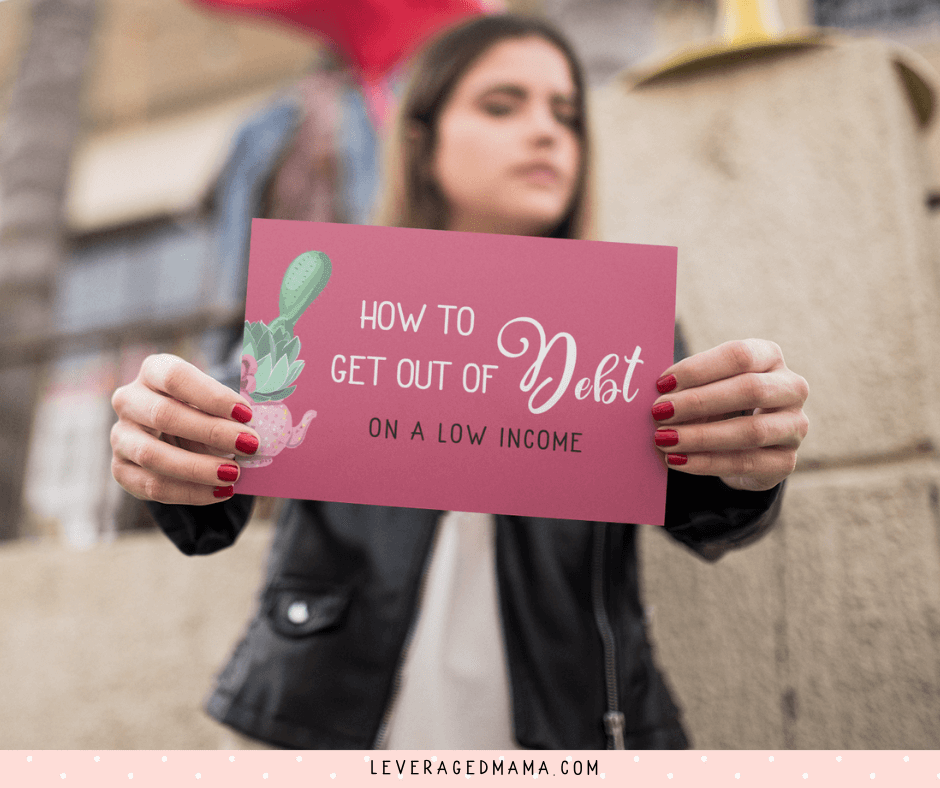 Your financial goals may be to get out of debt, they may be something different - but these same financial goals cause many new mothers to be blinded by the only 'choice' they see they have: to go back to work.

You feel you must return to work, perhaps sooner than you really want, because there are bills to pay. There is debt to pay off. There are financial goals.

Returning to work too early

When I returned to work, my daughter wasn't yet walking. I was still breastfeeding her, so I'd have to go into the 'sick bay' to express milk at lunch times. I also had post natal depression.

In hindsight, adding a job into the mix when I was already overwhelmed, the worst thing I could have done at the time.  But at the time, I didn't see that I had a choice. We were running up credit card and store card debt because we had spent all of our savings, and there wasn't enough money coming in to cover all of our outgoings. Every month, our level of debt was increasing. I had to go back to work to stem the bleeding!

How to get out of debt on a low income

Today I'm going to tell you how to get out of debt on a lower income, and explain the perhaps surprising math behind it. But first, there is a MAJOR myth here that needs to be dispelled:

Having a high income doesn't necessarily mean you can get out of debt easier. Beware chasing rainbows.

Our household income has dropped significantly in the past three years, since we became parents. AND YET, our household net worth has improved, and increased more consistently and steadily than ever before.  And I was able to quit my job 5 months ago to focus on my family, and building a new business. And we are still on a debt free journey.

What's going on there??

Well the explanation for that is very simple:

The less money you have, the more you value it

Have you ever been on a diet? I'm going to go out on a limb here and assume that you've been on at least one restrictive diet at some point in your lifetime.

Which means you'll know how GOOD your food starts tasting, as soon as you're allowed much less of it. I remember actually salivating over some lettuce one time I was super hungry.

So when you eat a limited amount of food, you just can't HELP but be thoughtful about it. A little obsessive even.

Well it's totally the same with money, am I right?? The less money you have, the more thoughtful you are with it.

The less money you have, the more thoughtful you are with it.

During the Pre-Kids Era, our household income was higher.  Surprise!! And there is some pretty simple math behind it but I’m sure you’ve already guessed that:

But you guessed it again, our overall expenses were much higher. We spent a lot more on non-essential expenses. A LOT more.

However... all these 'money habits' created a couple of MONSTERS. We were WASTEFUL. At the time, I felt a bit of shame about that realisation.

There you have it! In order to get out of debt with a low income, you just have to stop wasting money! GIVE UP all your terrible pre-kids money habits.

YEAH SURE, if you want to have a MISERABLE life and piss everyone off in the process.

There are a few reasons why 'just stop wasting money' won't work, without making you miserable.

When I say we created a couple of wasteful monsters, I was probably a little harsh. What I really mean to say is this:

Our lifestyle expectations had increased.

When you behave consistently in a certain way, you create expectations - for yourself and those around you.

Seriously. We are so complex.

But one of the reasons these money habits are hard to give up, is because they've become expectations. This is how life is now.

Let's take the 'paying for a cleaner' example:

Before we had the cleaner, I'd always clean the house on Saturday mornings.  If we ever wanted to have friends over on a Friday evening, I'd have to race around cleaning up first. I found it hard to relax and have a glass of wine with the husband, when the house was messy. I know, life was hard, so so hard.

I paid for that privilege, like I paid for a lot of other things.

Giving up that cleaner was hard because it meant giving up my relaxing Friday evenings.

Money Habit (Cleaner) = Relaxing Friday Evenings = Hard To Give Up.

Related: Quit Your Job To Improve Your Finances

The key to getting debt free on a low income

So I believe, the key to paying off debt on a reduced income lies in CAREFULLY reducing lifestyle expectations but being aware of the attachments you've formed to the things you pay for.

Reducing your lifestyle expectations is not an easy task. But if it were easy - everyone would be doing it!  Who would need to work at all right?

Steps to take next

Unless you're already super frugal, I think that the mindset change from being wasteful, to being mindful, will help you continue your debt free journey as planned, without interruption; despite returning to work only part time, or not at all; despite having a lower income.

Take an honest look at the money habits you have, that might be contributing to your budget blow outs.

Then start picking off a few of the low hanging fruit - lifestyle expectations you can subtly lower without causing a break up.

Some lifestyle expectations you might want to leave well alone, because you know that reducing spending in that area is going to cause more friction than it's worth.

Other lifestyle expectations might not be as important. Look for creative ways to fill the need that the spending meets.

Get some Free Money Guides

If you're looking for other ways to speed up your debt free journey, grab my Debt Reduction Cheat Sheet and get things moving faster.

If you really want to stop spending what you don't have, use my Sell First, Buy Later Guide to sell your clutter and turn it into cash!

Home-Based Business Ideas For Mamas In 2021

What Is An Abundance Mindset And Why Does It Matter?

What Is Leveraged Income And Why Is It Perfect For Motherhood? 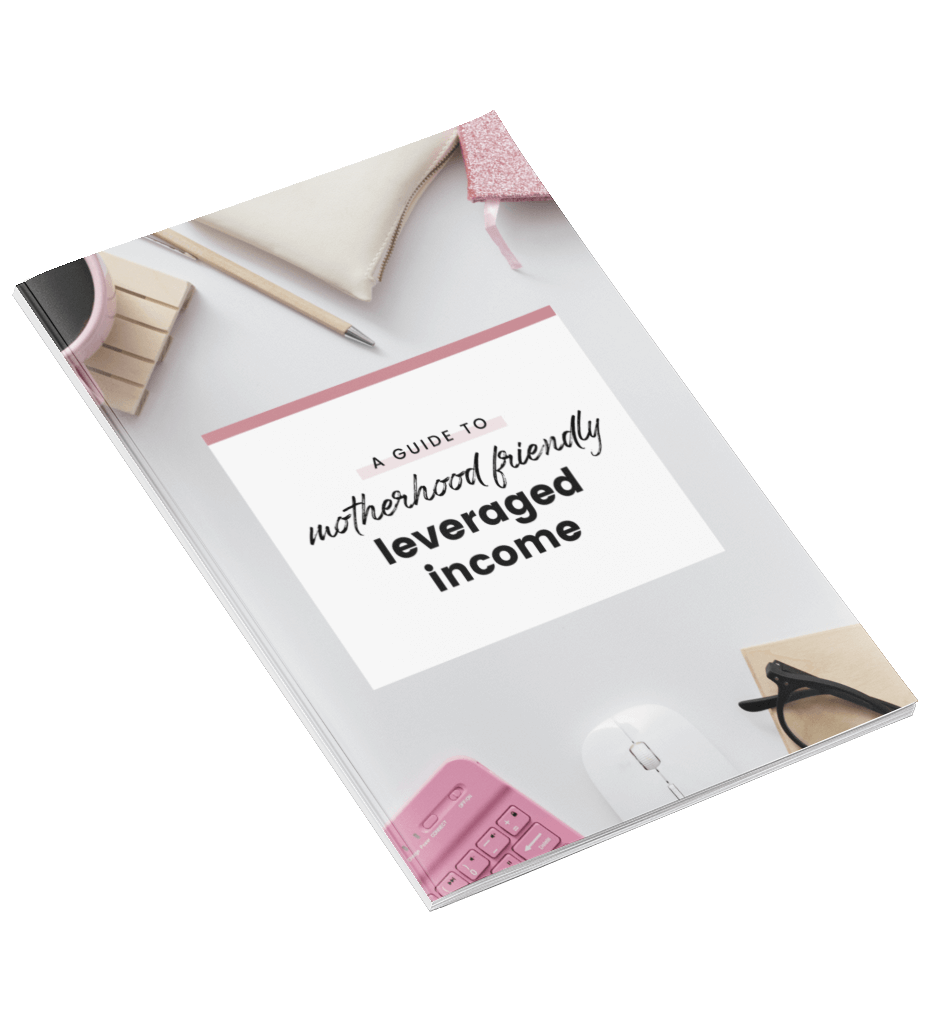 Find out exactly why leveraged income is the BEST income type for motherhood, in this free guide by The Leveraged Mama. 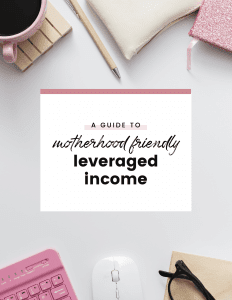